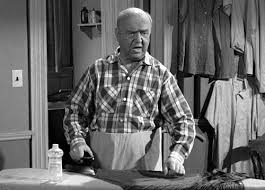 California’s bullet train to nowhere will continue to suck massive quantities of tax dollars and ruin farms in the Central Valley courtesy of a ruling yesterday (11/16/2012) by Sacramento Superior Court Judge Tim Frawley.

According to Judge Frawley per the San Jose Mercury News article

Sacramento Superior Court Judge Tim Frawley said at the end of a closely watched three-hour hearing that the 520-mile rail line was so unprecedented in size that he alone could not stop it now.

Yes that is correct. Somewhere in some unknown civil code on perhaps some other planet the is something that says a judge cannot rule to stop something because it is “so unprecedented in size.”

Yes, the Judge was appointed by liberal Democrat Gray Davis, who was such a turkey he was recalled and replaced by the Governator, who we wonder about too after he signed California’s other turkey AB32, California’s own little cap and trade fiasco.

We sincerely hope the farmer’s do not give  up and appeal this all the way to the Supreme Court of the United States if need be.

The only place the bullet train is going is off the fiscal cliff. Meanwhile, we wonder; is the Judge is related to William Frawley?

4 responses to “Ruling Continues the Bullet Train to Nowhere”